THE SEASON OF LIGHT

Isaiah 9:2
The people walking in darkness
have seen a great light;
on those living in the land of the shadow of death
a light has dawned.

On Saturday evening, Suanne and I braved the cold and the snow to gather with others in downtown for the annual Santa Parade. What makes this parade special is that all of the entries are decorated with lights. There were several creative light displays that made their way slowly down main street. At the conclusion of the parade, the official Christmas tree was lit, as well as the lights which decorate the city park. For the next month, our little town will be a city of lights.

Christmas lights are one of the features of the season that I particularly enjoy. As the days grow shorter and the darkness dominates, the lights of Christmas transform our world. The gloom of winter is dispelled by the lights that decorate our homes, our streets, and our community. Just seeing the Christmas lights can uplift our spirits. 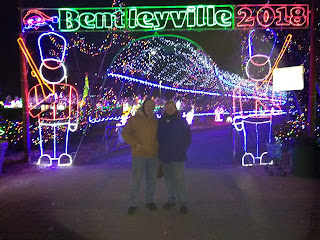 It is not without reason that lights play such a large role in our Christmas celebration. Light is at the very center of the Christmas story. When Jesus came into our world, it had become a very dark place. The people of God were living under the oppressive rule of the Romans. Sin and evil seemed to be winning the day. Jesus penetrated the darkness of our world with the very light of Heaven.

The Word became flesh and made his dwelling among us. We have seen his glory, the glory of the One and Only, who came from the Father, full of grace and truth. (John 1:14)

The very creator of the world took on human form to bring the very light of life to a dark world. He didn’t come as a warrior or a great king, but as a vulnerable baby. He slipped into the world under the radar of Satan in a way that no one expected. Yet even at His birth, His light could not be hidden. The glory of God appeared to the shepherds in the form of an angel, followed by an angel host. The Wisemen were guided to Jesus by the light of a star.

When Jesus came into the world, a conflict was set up between light and darkness. The dominion of darkness was openly threatened by the light of God. The battlefield was, and still is, the hearts of people. People were confronted with a choice; to embrace the light or to run from the light.

“This is the verdict: Light has come into the world, but men loved darkness instead of light because their deeds were evil. Everyone who does evil hates the light, and will not come into the light for fear that his deeds will be exposed. But whoever lives by the truth comes into the light, so that it may be seen plainly that what he has done has been done through God.” (John 3:19-21)

This conflict continues to rage today. Those who choose to live in darkness are doing whatever they can to extinguish the light. But the light cannot be extinguished, for light always wins over darkness. When Jesus was born into our world, He set in motion a spiritual revolution that continues to spread today. The light of Gospel continues to transform the lives of countless people. The light is not growing dim, it is growing stronger.

Without necessarily knowing it, our world celebrates that light of Christ every Christmas. As we put up our illuminated Christmas decorations, whatever their form, we are being pointed back to the true light that has come into the world.

2 Corinthians 4:6
For God, who said, "Let light shine out of darkness," made his light shine in our hearts to give us the light of the knowledge of the glory of God in the face of Christ. 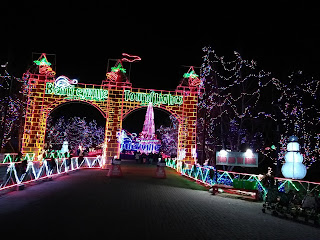