THE HAND OF GOD

We are wrapping up our second blizzard and our fourth snow event in the past week. This latest installment of winter wonderland dumped eleven inches of snow and made my driveway impassible. Ironically, the sun is shining brightly, even as the wind continues to howl. It reminds me that we are not as much in control as we think we are.

For all of our advances in technology, we still cannot control the weather. We can track it, predict it, endure it, even fight it, but we cannot control it. This morning several people labored to clear a path from our houses out to the highway. After lunch, my wife and I took a walk to the mailboxes. The piles of snow on either side of our driveway are chest high. As we turned the corner out of our house, past our windbreak, we were confronted with an undulating series of foot-high snowdrifts. I had been debating about going into town to keep some appointments I had for this afternoon. After our walk, I knew it was fruitless. Even if I could get out of the drive, I would have an incredible time getting back in.

As human beings, we labor under an illusion of power and control. We have great abilities to reorder our world. We can literally move mountains. Yet, a February blizzard can still bring our activity to a halt. We can move the snow out of our driveways, but we can’t stop it from falling. We can plant a windbreak to shield our house from the wind, but we can’t stop the wind from blowing. We can drill wells and draw water from the earth, but we can’t make it rain to replenish those wells.

This latest blizzard reminds me of a conversation that Job had with God. God had allowed Job to go through some monumental trials. He basically lost everything, except his life. He was a righteous man, and could not understand why life had gone so wrong for him. He trusted God, but he also complained to God. I would have preferred for God to give a straight answer to Job, but He didn’t. Instead, God reminded Job about who is ultimately in charge. For four chapters, God pummels Job with unanswerable questions. Here is just a taste. (Job 38:1-30)

Then the Lord answered Job out of the storm. He said: "Who is this that darkens my counsel with words without knowledge? Brace yourself like a man; I will question you, and you shall answer me.
"Where were you when I laid the earth's foundation? Tell me, if you understand. Who marked off its dimensions? Surely you know! Who stretched a measuring line across it? On what were its footings set, or who laid its cornerstone-- while the morning stars sang together and all the angels shouted for joy?
"Who shut up the sea behind doors when it burst forth from the womb, when I made the clouds its garment and wrapped it in thick darkness, when I fixed limits for it and set its doors and bars in place, when I said, 'This far you may come and no farther; here is where your proud waves halt'?
"Have you ever given orders to the morning, or shown the dawn its place, that it might take the earth by the edges and shake the wicked out of it? The earth takes shape like clay under a seal; its features stand out like those of a garment. The wicked are denied their light, and their upraised arm is broken.
"Have you journeyed to the springs of the sea or walked in the recesses of the deep? Have the gates of death been shown to you? Have you seen the gates of the shadow of death? Have you comprehended the vast expanses of the earth? Tell me, if you know all this.
"What is the way to the abode of light? And where does darkness reside? Can you take them to their places? Do you know the paths to their dwellings? Surely you know, for you were already born! You have lived so many years!

"Have you entered the storehouses of the snow or seen the storehouses of the hail, which I reserve for times of trouble, for days of war and battle? What is the way to the place where the lightning is dispersed, or the place where the east winds are scattered over the earth? Who cuts a channel for the torrents of rain, and a path for the thunderstorm, to water a land where no man lives, a desert with no one in it, to satisfy a desolate wasteland and make it sprout with grass? Does the rain have a father? Who fathers the drops of dew? From whose womb comes the ice? Who gives birth to the frost from the heavens when the waters become hard as stone, when the surface of the deep is frozen?

When God was done speaking, all Job could do was sit in humble silence. He had met his match and he knew it. He raised the white flag of surrender, and declared God the winner.

Humanity, in our arrogance, often boldly declares that we have discovered the secrets of our world. We laugh at God’s interchange with Job, as if it represents a past ignorance. Yet, for all of our advanced knowledge, we still have not mastered the created world, let alone the God who created it. We may be able to explain a few things better than Job, but we still cannot control the elements. A little snow and a strong wind can still shut us down. Like Job, we should recognize the awesome power of God and sit in humble silence before His mighty hand.

Psalm 147:15-18
He sends his command to the earth; his word runs swiftly.
He spreads the snow like wool and scatters the frost like ashes.
He hurls down his hail like pebbles. Who can withstand his icy blast?
He sends his word and melts them; he stirs up his breezes, and the waters flow. 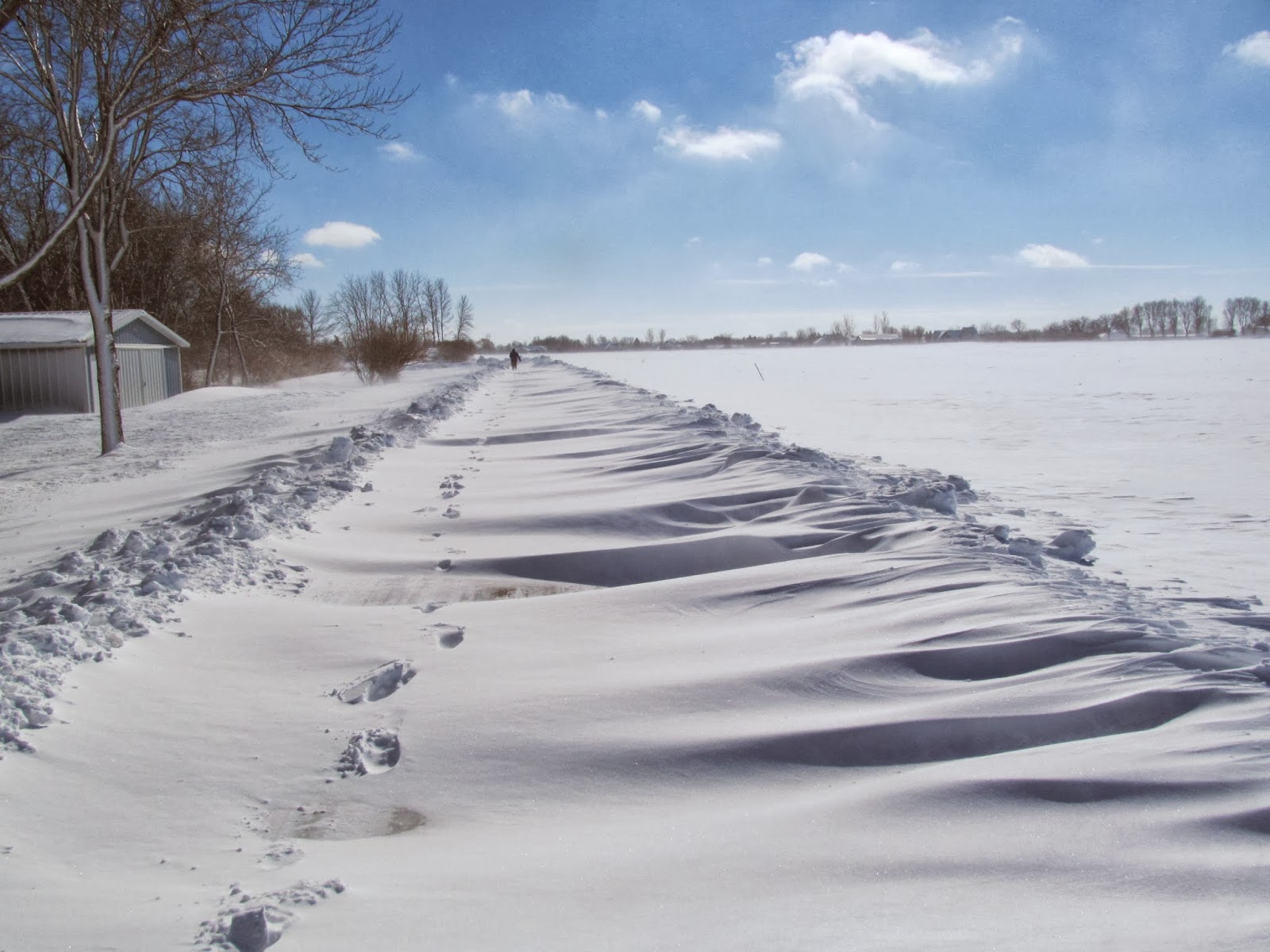